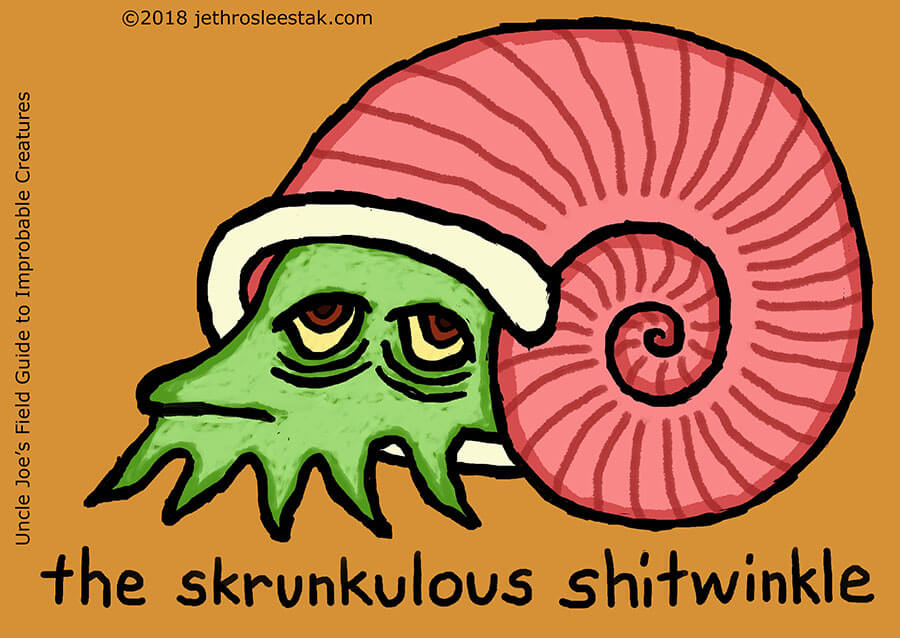 Once the world’s population exceeded 50 billion people, it became necessary to transmigrate people’s minds into smaller creatures simply because space and other resources had completely run out.

For example, accountants were best suited for life as a guinea pig, while human resource professionals were perfectly at home as intestinal parasites.

The big question was what to do with all the millennials who conformed to the worst aspects of the stereotype.

Having no ability to take negative feedback because they hardly ever received any as children, not compared with all the previous generations who grew up working as children, these millennials needed a creature without ears, and so the first animal scientists tried for them was the earthworm.

But the earthworm has to dig through the soil and make tunnels, and it quickly became obvious that it wasn’t a good fit for people with no concept of work or responsibility.

Scientists tried tree sloths, cockroaches, fruit flies, and hundreds of other things, but the lives of each of these creatures proved too challenging for a generation raised entirely by digital devices and video games.

Finally in desperation, scientists turned to a new type of winkle recently discovered in the storm sewer outlets of Secaucus, New Jersey. This new mollusc was the Scrunkulous Shitwinkle, and it had evolved a more sedentary lifestyle compared to other herbivorous shellfish.

Instead of crawling about in search of food, the Shitwinkle stays in one spot and lets food come to it in the form of raw sewage. “Excellent,” said the scientists, “we have found the perfect host for this generation of useless shits.”

Now, if we could just figure out what to do with the shitty people who failed to parent them…

Shitwinkle Day is celebrated by making pilgrimages to feed the Shitwinkles. Basically, this consists of driving to the nearest beach and taking a crap in the water, but in Secaucus, New Jersey there are parades and street carnivals and the exclusive Shitwinkle Ball.

Any place where you don’t have to wash or bathe or clean up after yourself or do anything you don’t feel like doing.