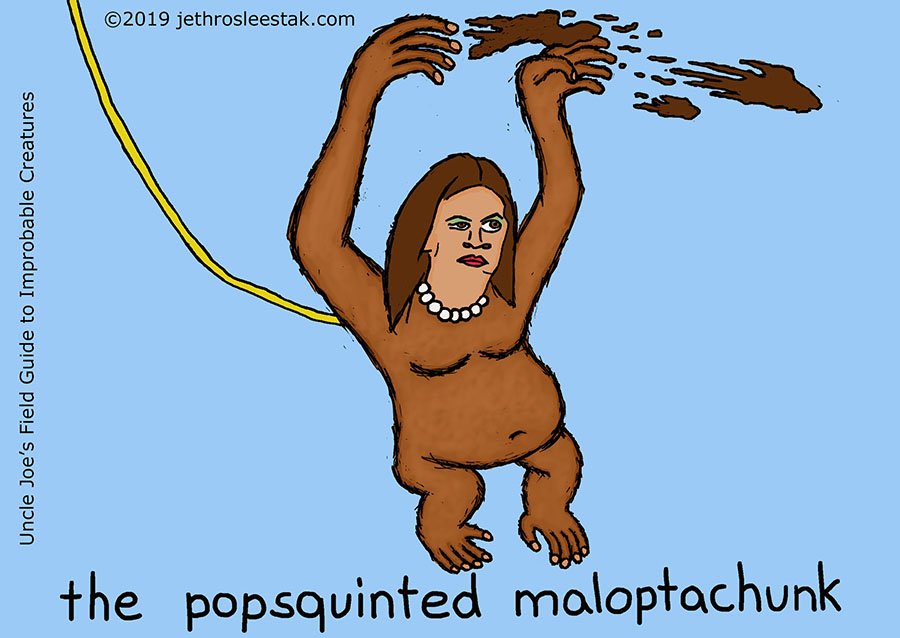 The Popsquinted Maloptachunk were a type of monkey raised for the royal courts of central Europe during the late middle ages. These monkeys were used by an officer of the court whose title was Der Popsquinted Maloptachunk (PM Rex), who carried the monkey with him everywhere on a golden leash. The office of PM Rex consolidated two previous offices: the Court Jester and the King’s Speaker.

When the PM Rex addressed the people in the name of the king, his Popsquinted Maloptachunk monkey would scream hysterically and throw feces at the crowds if they questioned any point, no matter how brazen the lie.