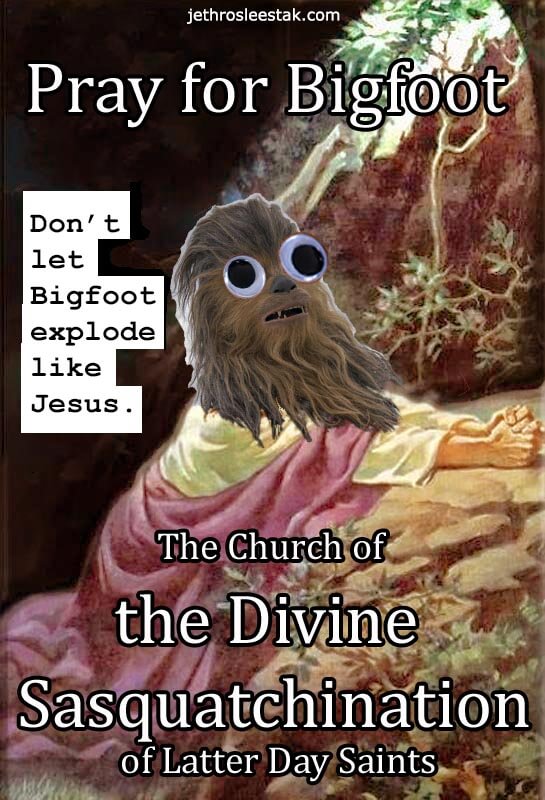 “Pray for Bigfoot. Don’t let him explode like Jesus.”

That’s the central belief of New and Improved Mormonism.

You have to understand that New and Improved Mormons (NIMs) are just like other Christians in that they believe in Jesus Christ as the divine son of God and the savior of all mankind and that he was resurrected and all that.

The difference is that NIMs also believe that the sins of the world became so great that Jesus exploded from the overload, and Bigfoot had to take over. They call that tragic event the Divine Sasquatchination and believe that it happened around the time of Donald Trump’s third medical deferment from military service during the Viet Nam war.