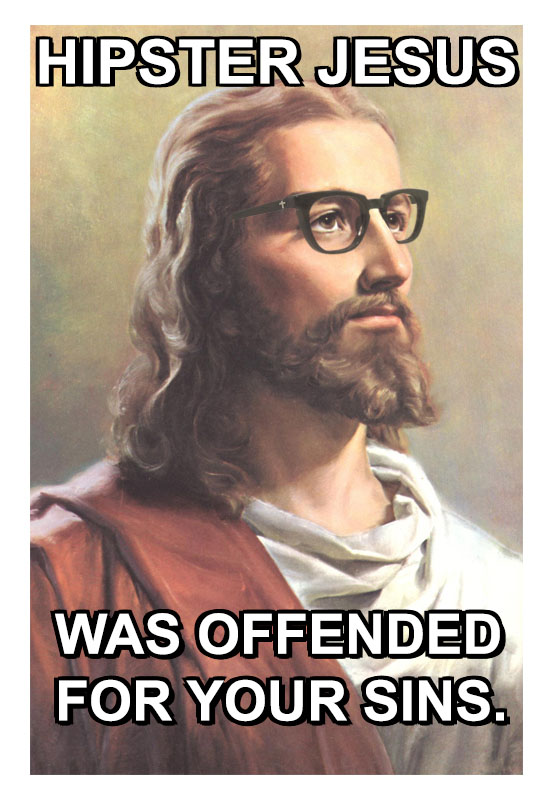 Hipster Jesus Was Offended For Your Sins.

Do you remember that time you forgot to concede your point in an argument when someone announced they were offended on a matter of race or gender? Why are you such a horrible person?

Donald Trump is a racist bully and a blowhard salesman that talks out of his ass. He is every ugly thing that people around the world have ever thought about Americans.

Donald Trump, Buffoon In Chief, with a head full of crazy. 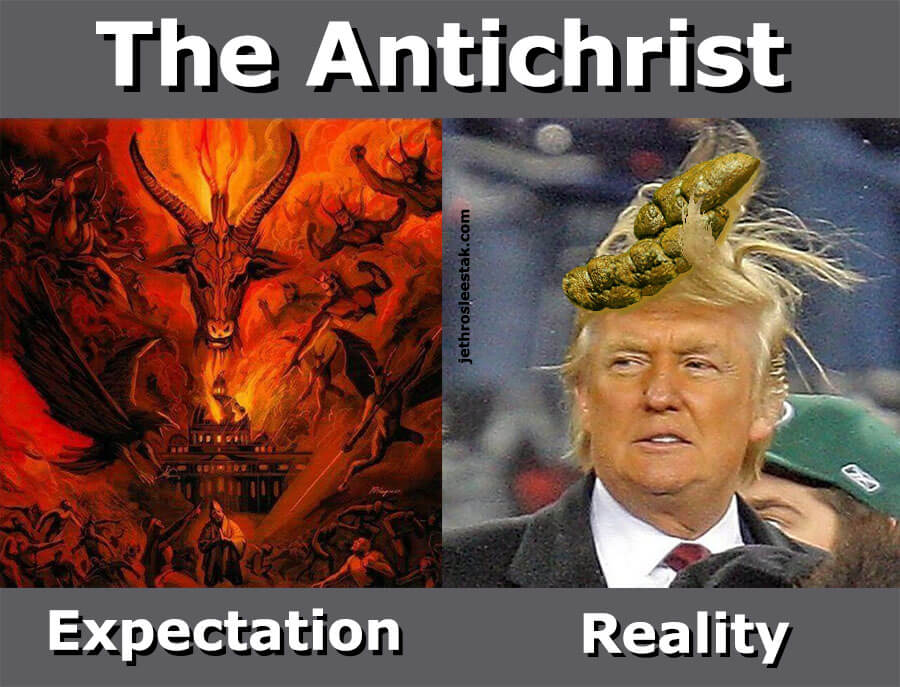 Reality TV Antichrist. Everything Donald Trump knows about diplomacy he learned from his appearances on WWF. 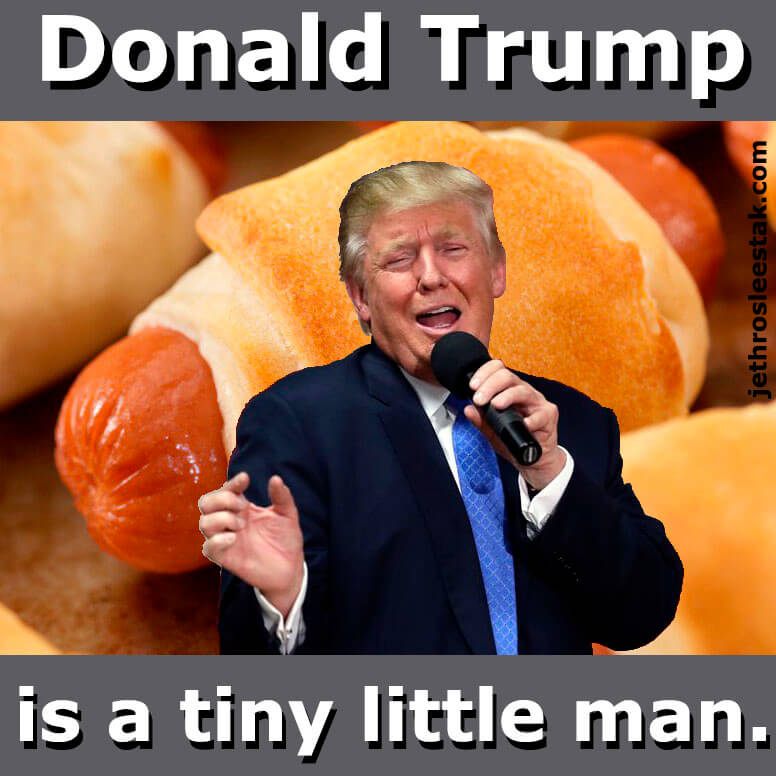 Donald Trump is a tiny little man. He says what stupid people want to hear. He doesn’t care what it destroys.

Donald Trump thinks he is a genius because he inherited a vast amount of wealth and was famous for it. He played the business genius on reality TV, and that is who the stupid people think he is.

Trump thinks it too because he’s pretty stupid. He thought running the country would be as simple as hiring people to flatter him, which is what most of his “business” experience had apparently been like. That and bankruptcies and fucking over contractors and suppliers. 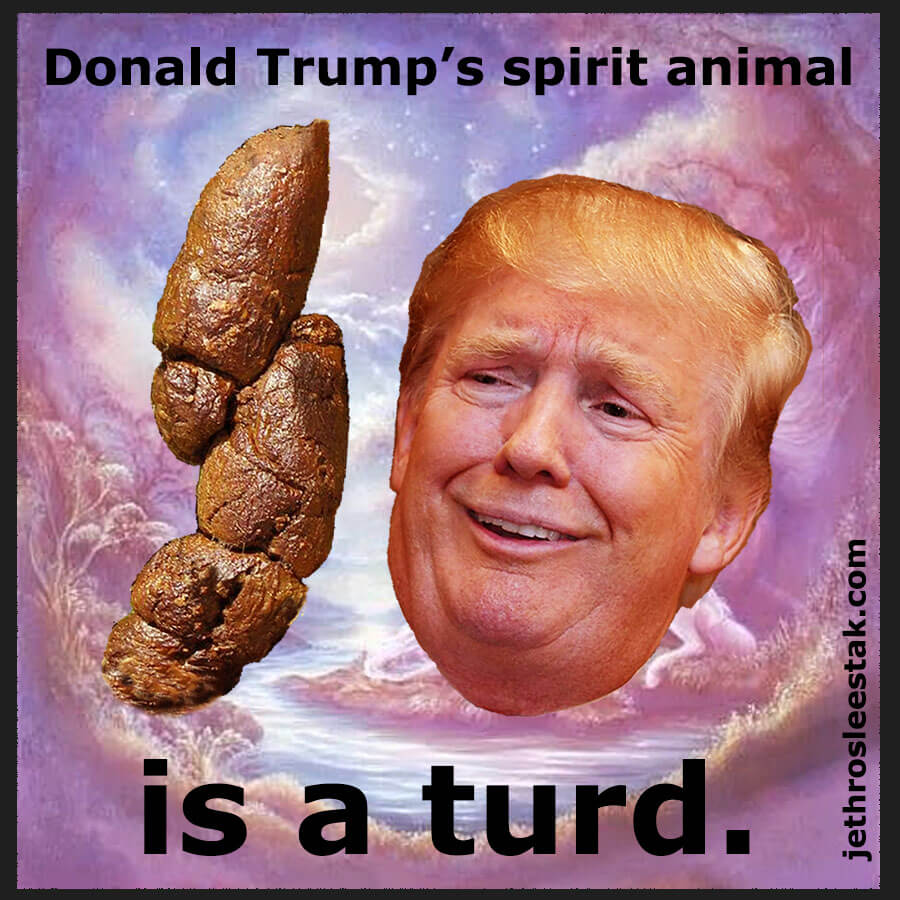 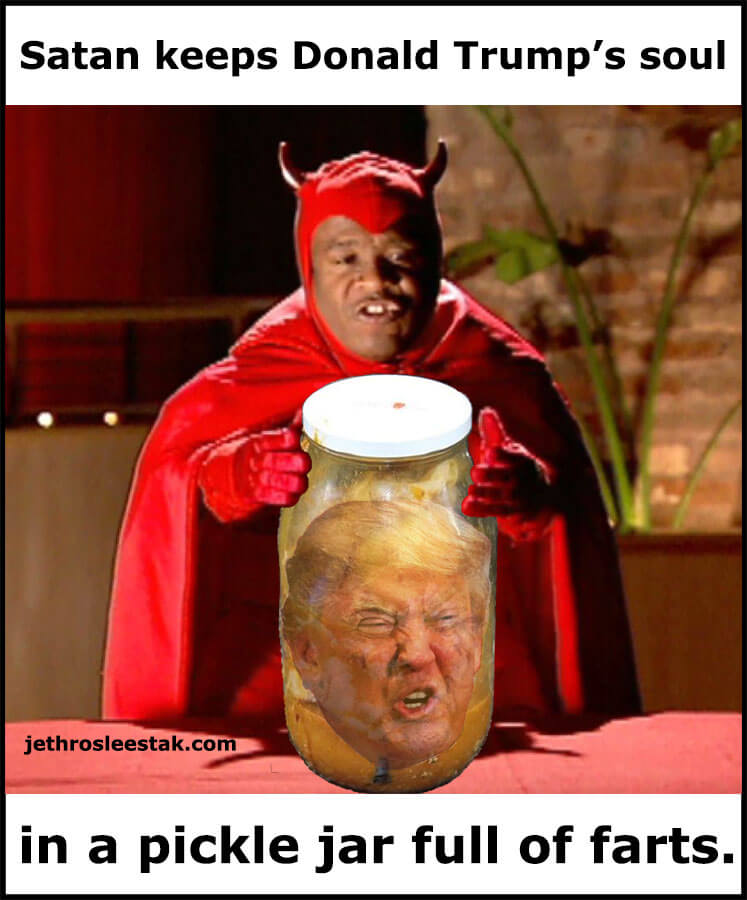 You, yes YOU can personally assist Reverend Jethro in his ministry by making a love offering of cash money.

All donations will be spent on stuff. People donating their entire life savings are greatly appreciated. Make all checks payable to my boss Joe. END_OF_DOCUMENT_TOKEN_TO_BE_REPLACED