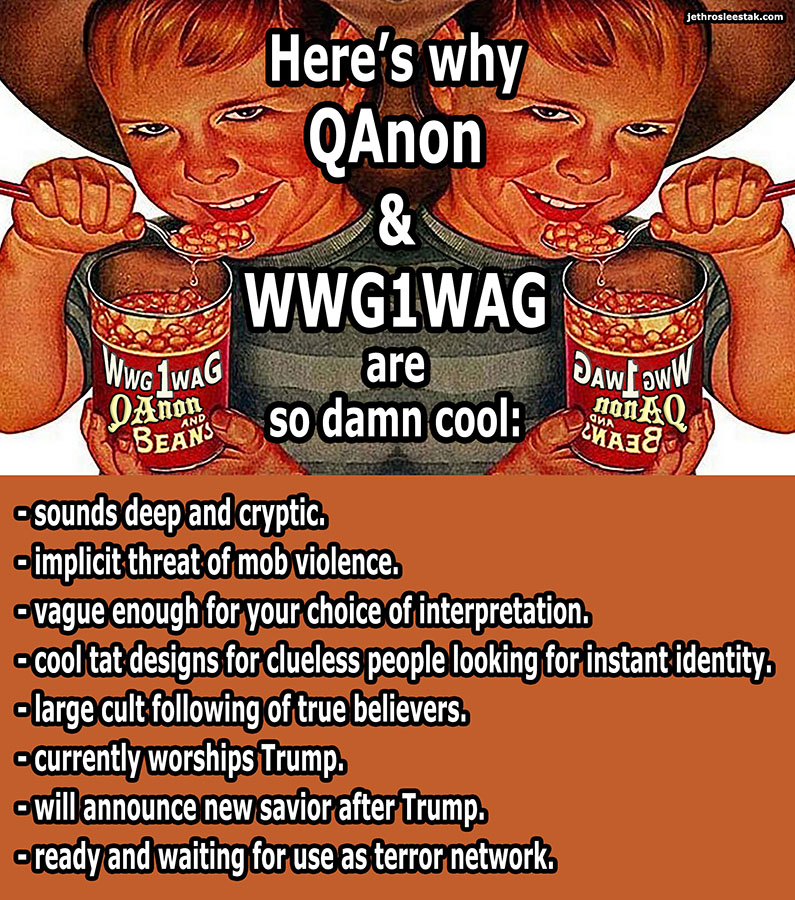 Meme Why QAnon & WWG1WAG Are So Damn Cool 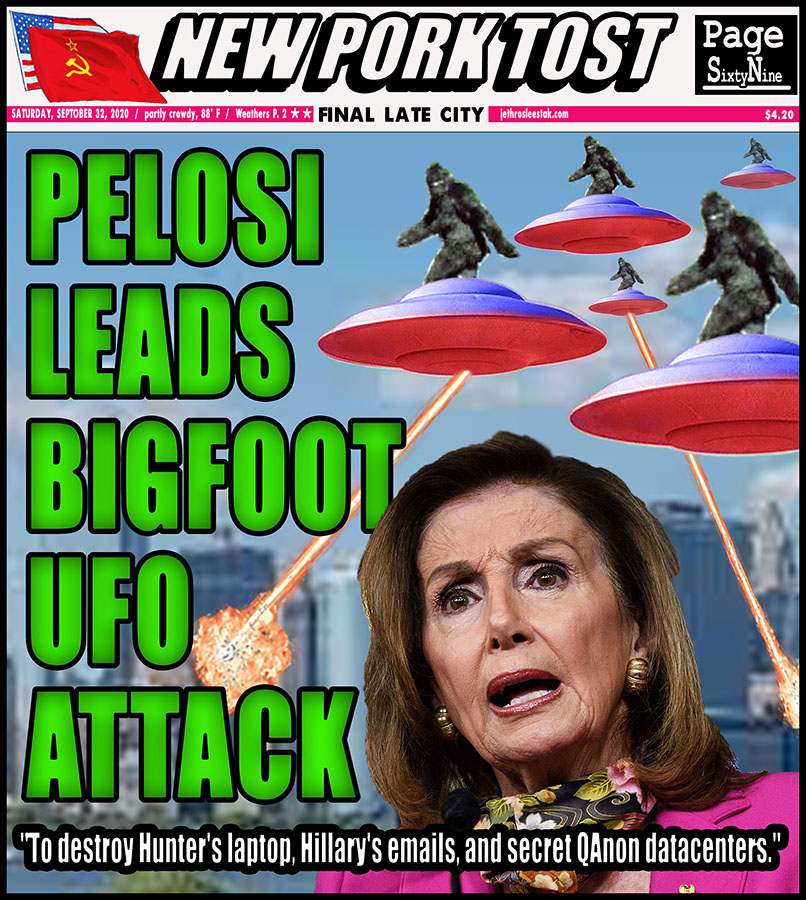 That was the cover of the New Pork Tost that explained it all to me.

Before that was their cover headline, “Donald Trump Dies For Your Sins But Promises to Arise Three Days Later Like Superman.” 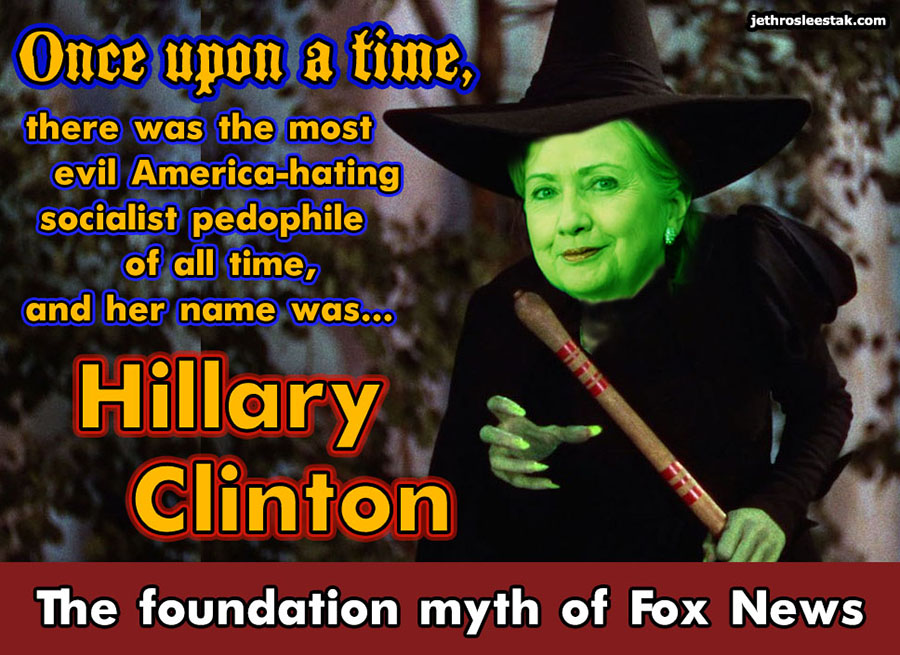 Once upon a time, there was the most evil America-hating socialist pedophile, and her name was Hillary Clinton.

The Foundation Myth of Fox News.

You might not be deplorable, but you definitely believe some lunatic shit. 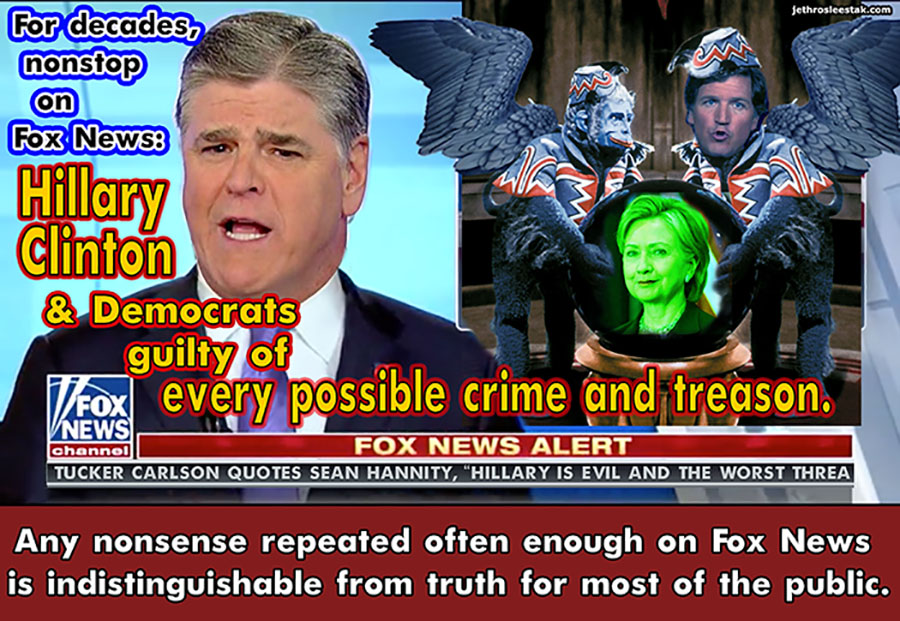 For decades, nonstop on Fox News: Hillary Clinton & Democrats guilty of every possible crime and treason.

Any nonsense repeated often enough on Fox News is indistinguishable from truth for most of the public.

You might be aware enough to laugh at the QAnon nonsense, but are you so sure that you don’t believe some piece of misinformation as equally absurd? 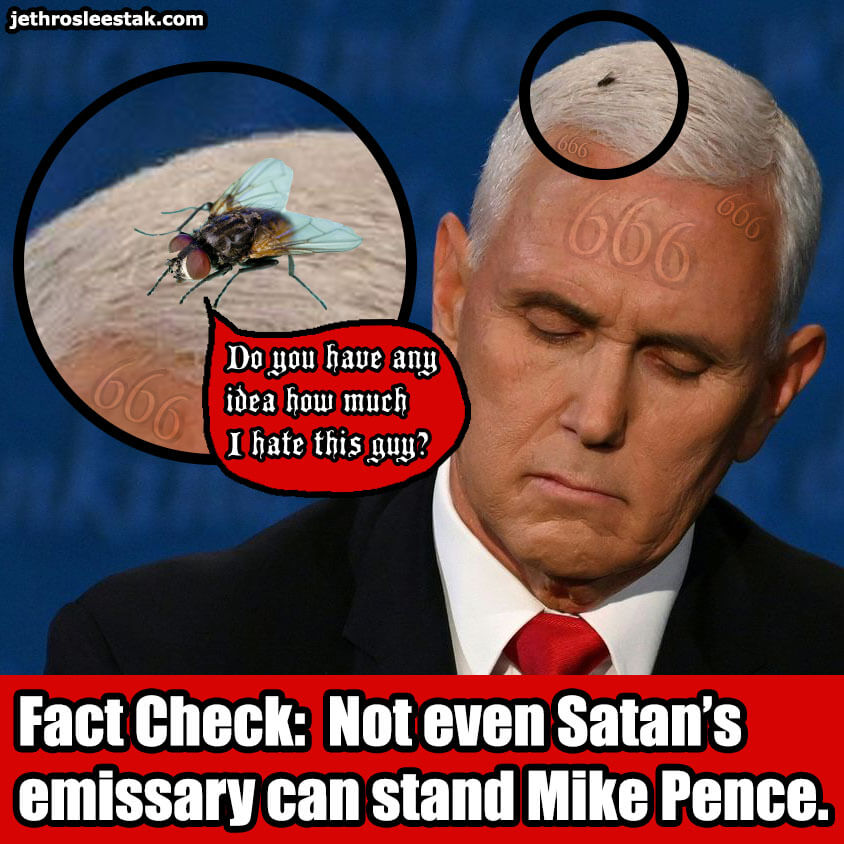 Fact Check: Not Even Satan’s Emissary Varlax the Impure Can Stand Mike Pence.

Consider this quote from Varlax’s most recent appearance on Fox and Friends:

“I mean, hear me out. I’ve had to listen to Stalin, Hitler, and more psycho serial killers than I can shake a stick at, but this guy is too much. All that phony godliness, and he’ll still tell any lie they give him, doesn’t matter how bald face it is. Say fucking anything. Makes me wanna puke.”

Varlax the Impure, Satanic Emissary to the Trump Campaign

Trump’s cult ignores behavior that would have gotten any previous US President removed from office.

How about a good old fashioned Old Testament curse sung in a death chant?

Fraud of Ages, I rebuke thee.
Thou art made from lies.
Thy voice is the voice of hatred and greed.
Thou art a curse on the people and the land.
Lord of Hosts smite thee.
Lord of Hosts blast thee from this earth.