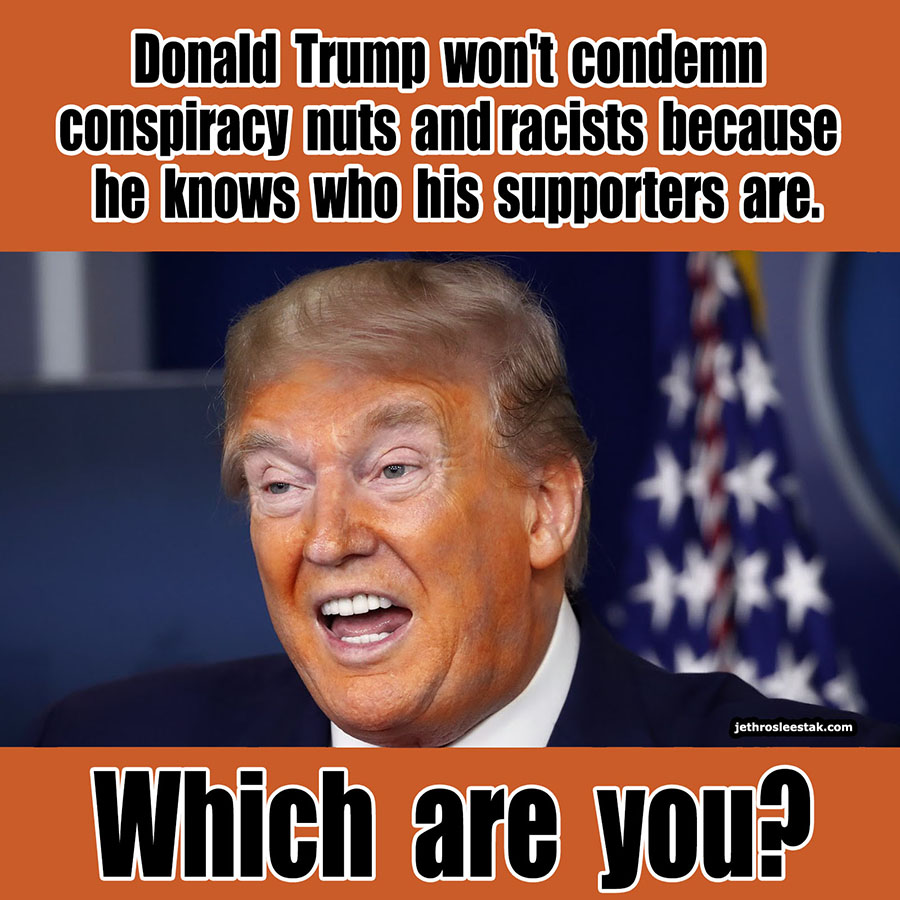 Meme: Trump Won’t Condemn Conspiracy Nuts and Racists Because He Knows Who His Supporters Are. Which Are You?

Donald Trump Dies For Your Sins But Promises to Rise Three Days Later Like Superman.

Look at me! Look at me! I’m the healthiest President ever! A hell of lot healthier than your dead-ass grandmother!

The Spirit of the Lord does not dwell in the presence of braggarts but departs forthwith.

You don’t mean nuthin to me.

Because I am the President,

I get it all for free. 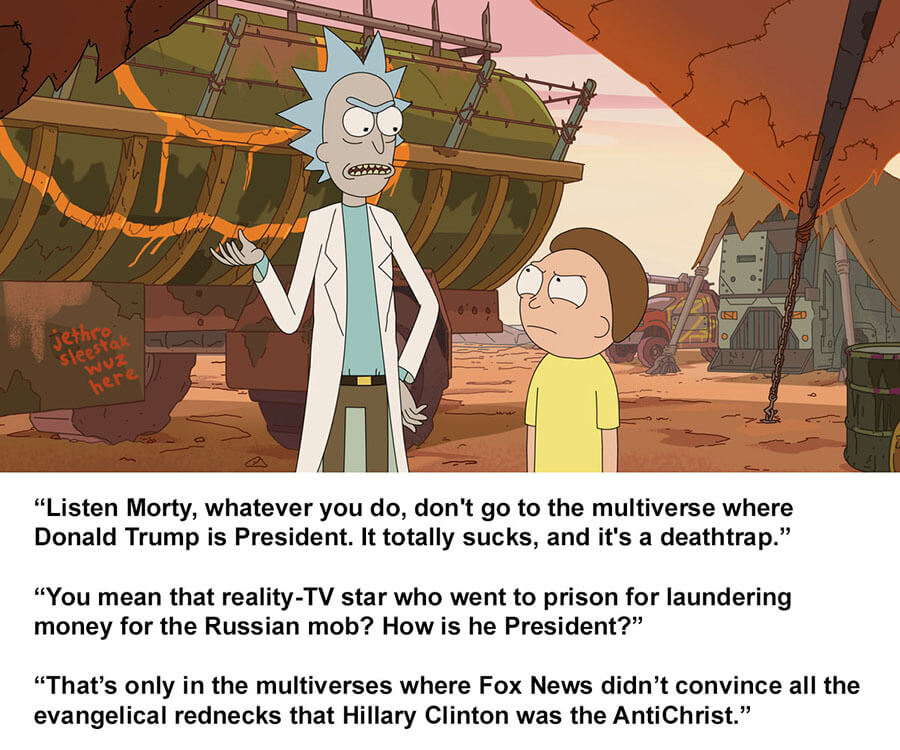 “Listen Morty, whatever you do, don’t go to the multiverse where
Donald Trump is President. It totally sucks, and it’s a deathtrap.”

“You mean that reality-TV star who went to prison for laundering
money for the Russian mob? How is he President?”

“That’s only in the multiverses where Fox News didn’t convince all the
evangelical rednecks that Hillary Clinton was the AntiChrist.”