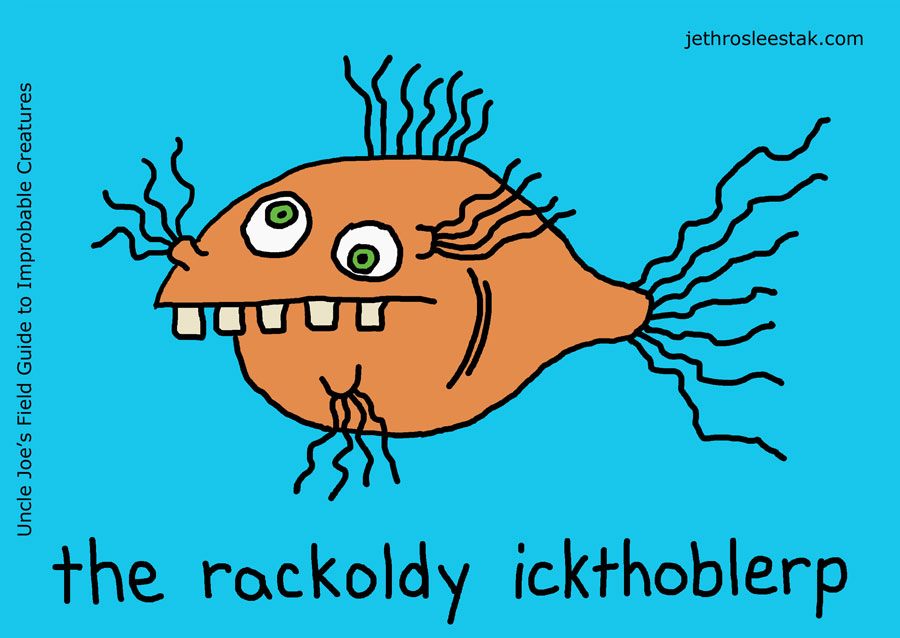 The Rackoldy Ickthoblerp is known for reproducing after it is deceased. The Ickthoblerp dies from the inside out starting in the digestive tract, and their bellies start bloating with the gases of decomposition days before the creature is actually dead. The dead bodies from mass synchronized “die offs” float to the surface of the ocean and wash ashore in large numbers. The tiny corpses accumulate at the high tide mark like a blanket of pink-orange ping pong balls. When people or animals tread on these, they squirt out their bloated guts (including their still living eggs and semen), some of which lands in the surf and starts the miracle of life all over. The sound that the corpses make when stepped on is a “blerp” or squirting sound, hence the name Ickthoblerp.

The Cro Magnon people of stone age Europe carved Ickthoblerp fertility charms, and the people of Spain still celebrate La Noche de la Blerp on the eve of April 20th, when they dance up and down the beach with many tiny corpses blerping underfoot.