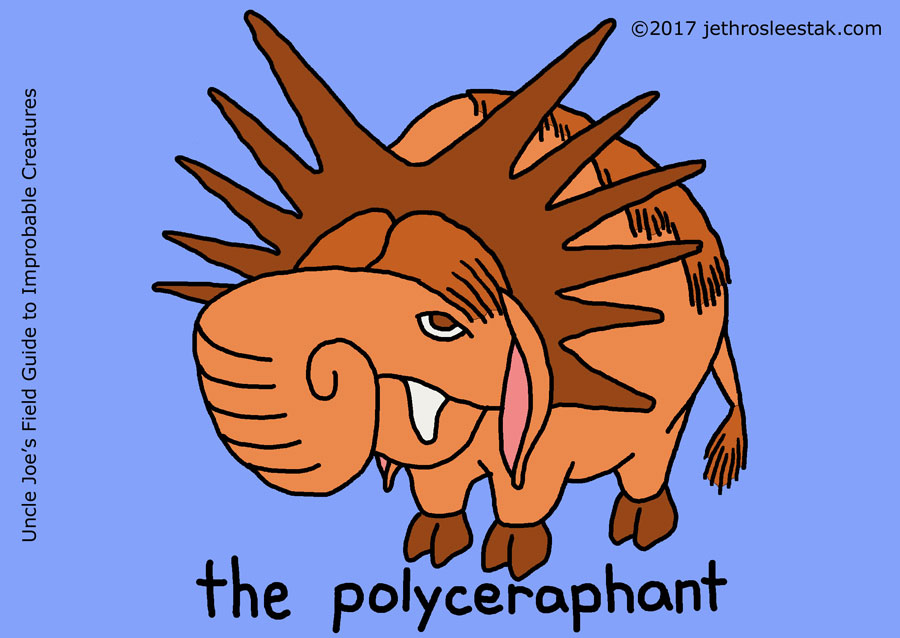 The Polyceraphant or Ouchneck’d Snuffeldy-Pig is living proof that triceratops and elephant DNA should never be combined. Blame the Martsanto Corporation for this one.

Actually, the lion’s share of the blame falls squarely on Martsanto intern Bob “the Blerf” Blerfman.

If the Blerf hadn’t faked the autoclave reports so many times because he was always in the restroom jerking off that summer, then there wouldn’t have been the prolonged period of cross contamination in laboratory glassware, which was exactly what was needed for autochimerization to occur.

The first references to the Polyceraphant in literature are from William Shakespeare’s “A Twelfth Knight’s Wife of Midsummer FuthaPuckin Eve,” which was clearly written when the Bard was shitfaced.

-Queen Massaboodian’s lines to Prince Dundlechunk, in which she accuses him of having foul-smelling semen.

Old public buildings in depressed areas, particularly ones with water damage of some sort. They have that Polyceraphant smell.