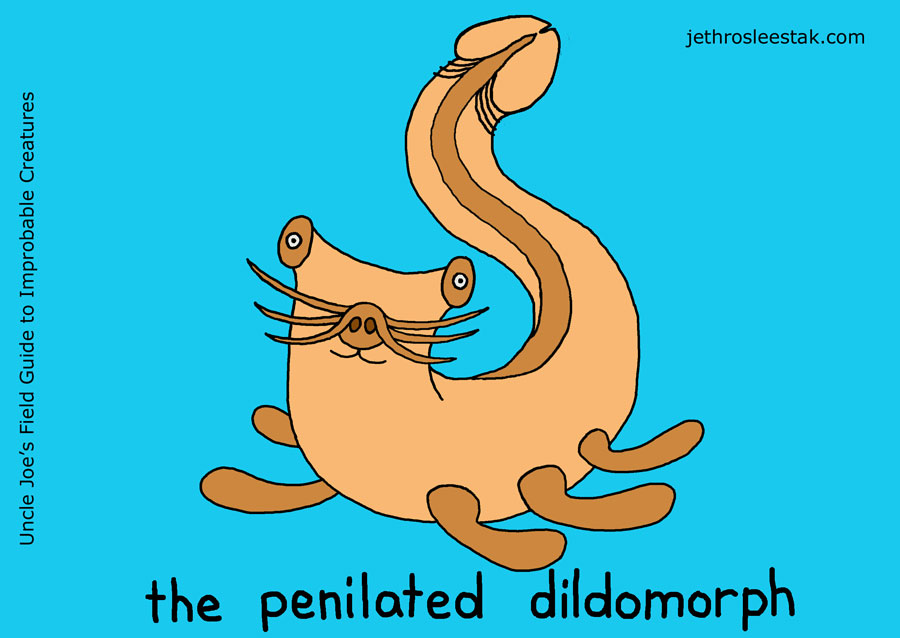 The Penilated Dildomorph is a relative of the microscopic Water Bear (Tardigrade) and is responsible for ending the widespread use of the latter creature in amateur science projects. No teacher wanted to be showing a class of high school kids a Water Bear only to have a Penilated Dildomorph come swimming right up under the lens of the microscope, but it happened all too often, and the effects on classroom discipline were disastrous.

Scientists don’t know why the Dildomorph slowly serpentines its penis-shaped tail to the tune of “There’s A Place In France Where The Women Wear No Pants,” but the creature rarely stops doing so, and it is nearly impossible for teenage boys to not laugh out loud when seeing it for the first time.

The Penilated Dildomorph is funny for the same reason that farts are funny, which is because they are.

Lichens, mosses, humus, and other places you would find Water Bears, with higher concentrations in sites used for outdoor drinking and carousing. Scientists believe the elevated populations in such sites are due to the amount of beer spilled on the ground. Or the semen, or pot smoke, or something.