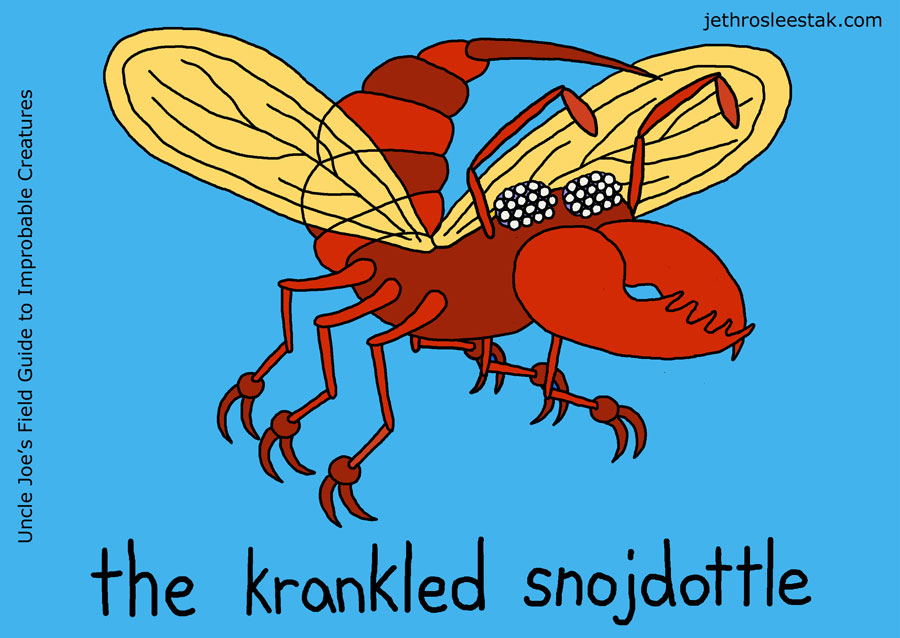 Attracted by screams of terror, the Krankled Snojdottle is the most aggressive stinging insect known to science. The Snojdottle nests exclusively in summer camp cabins, amusement park trash cans, and the awnings of roadside picnic areas.

When Soviet Premier Nikita Khrushchev took off his shoe and pounded the podium with it during his “We Will Bury You” speech, he wasn’t going for effect or imitating the hammering of nails into a coffin or anything like that. The simple truth is that Khrushchev was trying to kill a Snojdottle before it could sting him.

Khrushchev’s predecessor Josef Stalin was so obsessed with the Snojdottle that he had picnic tables and amusement-park rides constructed throughout Moscow’s communist party headquarters to encourage the creatures to nest there, and the efforts were so successful that the buildings still had infestations of the aggressive insect almost a decade after Stalin’s death. We now know that the repeated failures of the Soviet Five Year Plans in the 1950s were ultimately caused by the vast diversions of state resources into research for Snojdottle breeding.

Any outdoor summer recreation facility being used by someone desperately afraid of wasps, with higher concentrations around garbage cans overflowing with unfinished cotton candy and other sticky trash.