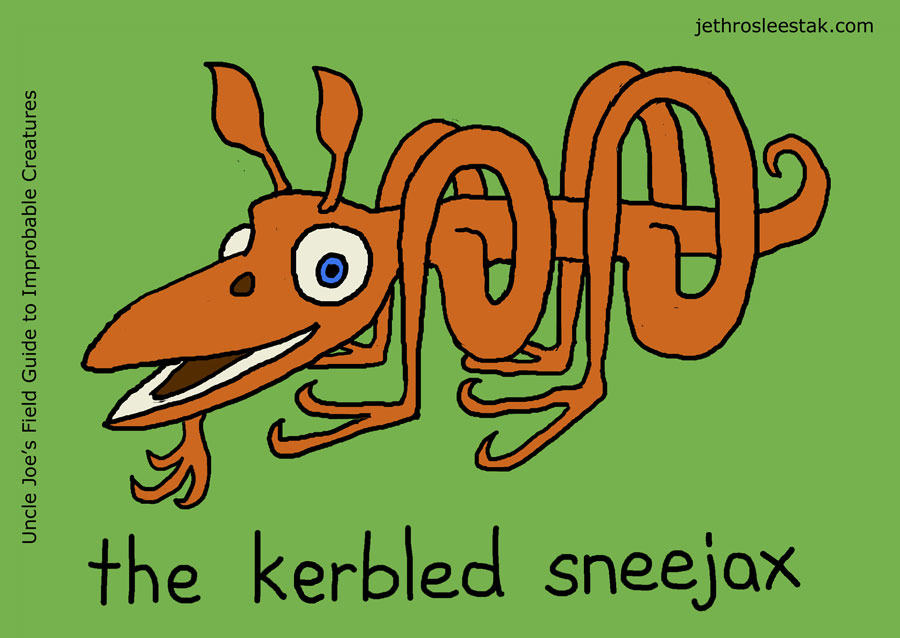 The Kerbled Sneejax is nearly microscopic in size, yet its odor of sweaty cheap cologne can be smelled a room away, which makes it a particularly dreaded parasite. The creature’s backwardly curving or “kerbled” legs allow it to leap distances hundreds of times the length of its body and thus change hosts with ease. The creature’s droppings are highly allergenic and can cause sneezing fits in its host, hence the name Sneejax.

The ancient Greeks made a poison from the ground up bodies of thousands of Kerbled Sneejax mixed with taco seasoning. Some scholars argue that Socrates drank this mixture instead of hemlock when he was executed by the city of Athens for the crime of social network marketing.