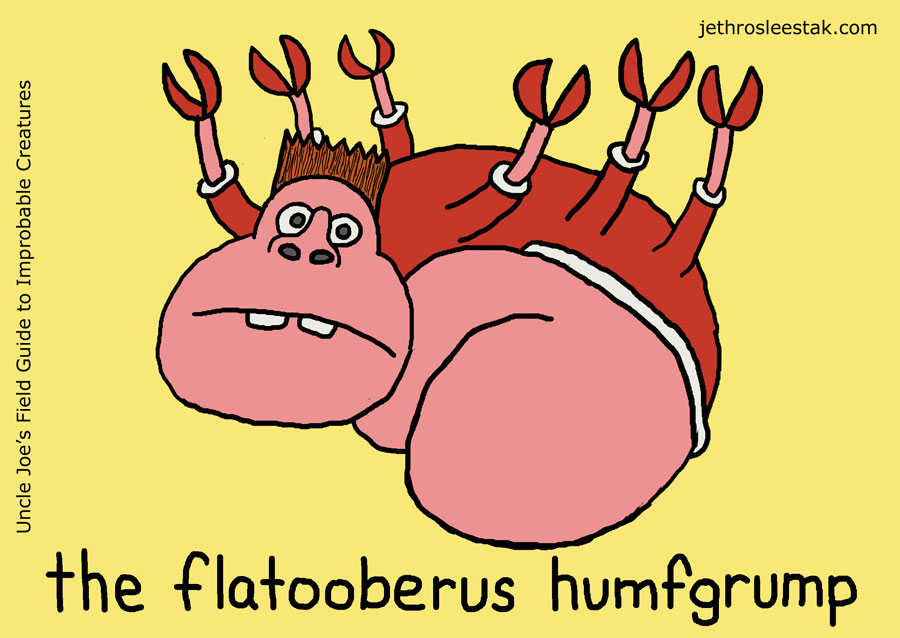 The Flatooberus Humfgrump is perhaps the most argumentative of the flatulentophilic worms. Always right, even when it is wrong, the Flatooberus Humfgrump must have the last word in any argument, else it is likely to die in a screaming fit. The Humfgrump prefers to keep its head curled around and tucked into its own buttocks and is biologically incapable of understanding any concept that cannot be summarized in an emotionally-worded bumper sticker. This creature loves to rant about politics and history but is spectacularly ignorant of basic facts in either subject.

Offices and other workplaces where political-rant “news” radio is played.