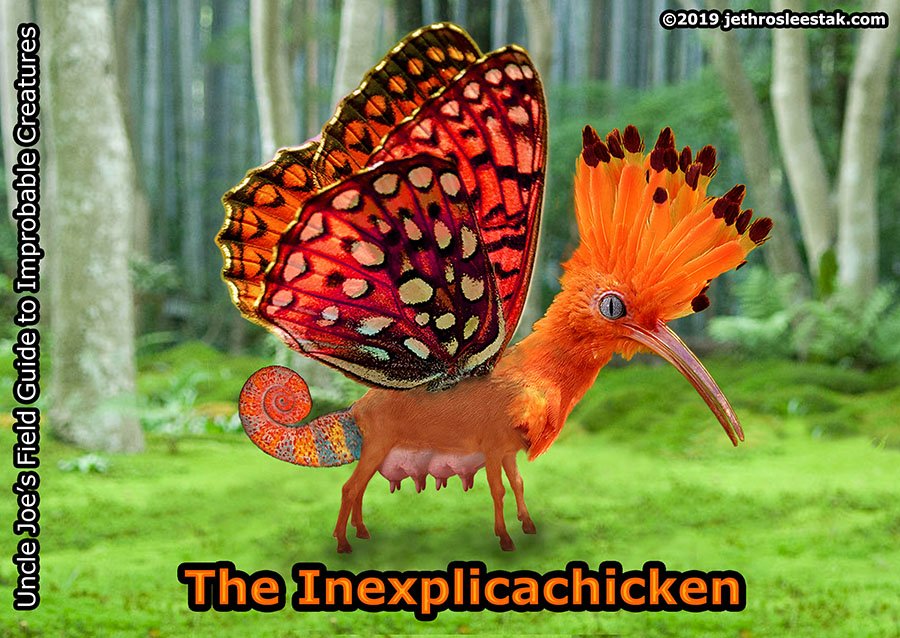 Of all the hallucinoids that were ever created using psychoactive substances and a genertic compiler, the Inexplicachicken is perhaps the most terrifying.

Sometimes called McGillicuddy’s Dreamstalker, the Inexplicachicken exudes psychic waves of intense dread and disorientation. Victims describe a sense of being completely lost and unable to remember anything, plus the terror of being unable to look away from the creature’s unblinking eye.

When you are horribly sick with a stomach virus, and you have spent fourteen hours lying on the bathroom tile and throwing up in between feverish nightmares, there is at least an 85% chance that the Inexplicachicken will stop by for a visit with you before it is over.

The bedrooms of people who eat too much leftover curry right before going to sleep.