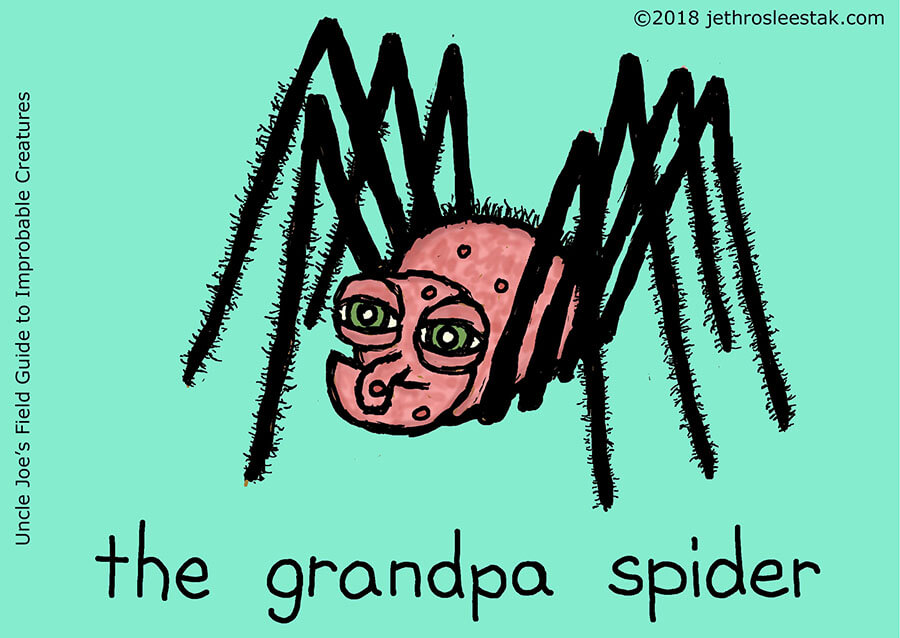 The Grandpa Spider is a talking spider that was genetically engineered to remind younger adults why they need to register and vote in every election.

Ten out of ten Trump supporters will eventually be fucked in some way by the egomaniac’s policies, but the Grandpa Spider can always explain how it was the Democrats’s fault when all that shit comes home to roost.

You know those truck’s with big hoses that blow insulation into the attics of houses? Well, those are used to blow several hundred thousand Grandpa Spiders into any house occupied by a smug idiot who said it didn’t matter if Trump or Hillary won.

If they find out if your dumb ass said anything like that, they send the truck out to your house without notice, and they let it fly. Then you get to listen to a bunch of old fools explain how all this unprecedented dishonesty and fraud is good for the country as you watch your future burning on TV.

They also offer the same service for any dumbass you know who voted for a third candidate because it was beneath their moral dignity to vote for Hillary. You just call in the address and say stick it to this stupid motherfucker, and the truck comes and turns their house into one big Grandpa Spider habitat.