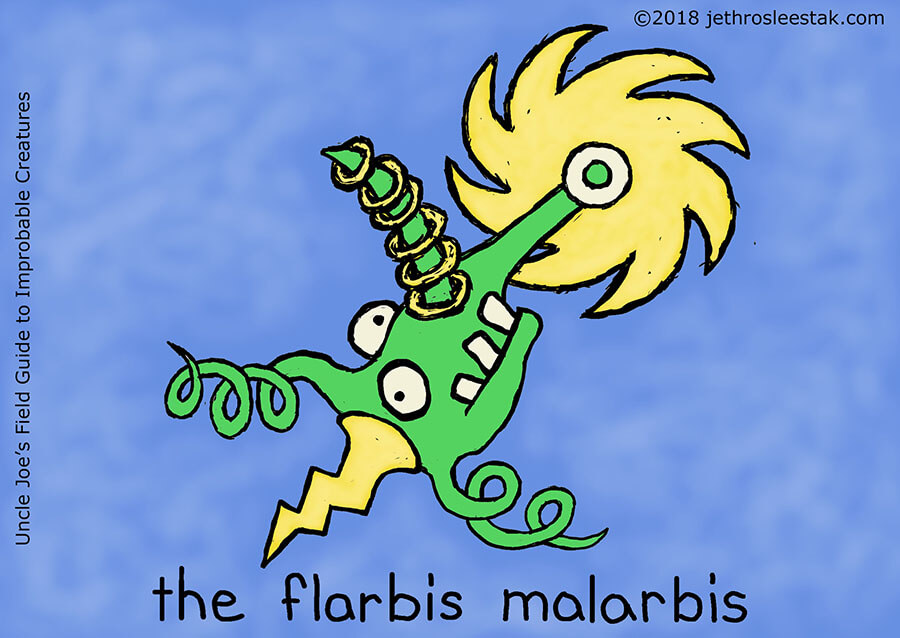 The Flarbis Malarbis is the most interesting of all the brain parasites that infest Newt Gingrich’s skull. It eats the part of the brain that normally prevents a person from behaving like a complete sociopath. Its excrement contains hormones that prevents the host from feeling shame, remorse, guilt, and other humanizing emotions.

Scientists estimate that Newt Gingrich has at least two pounds of Malarbis feces in his skull based on his behavior and how easily he can lie and misrepresent.

In addition to causing a complete lack of empathy, Malarbis crap compromises the intelligence as well. Persons infected with Malarbis are literally incapable of comprehending their own hypocrisy and intellectual dishonesty, to the extent that they are delusional and believe their own half-truths.

The only way that you can contract Malarbis is by fantasizing about World War II and jerking off.