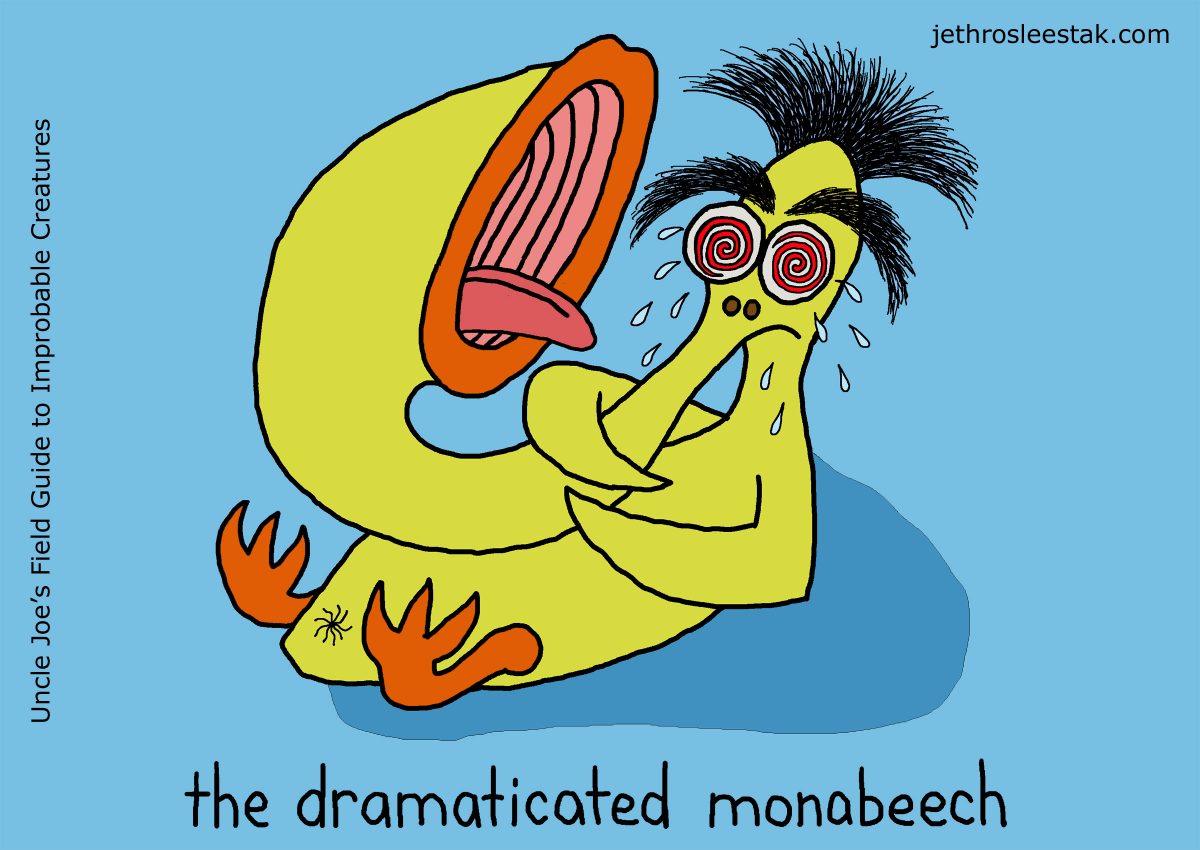 The Dramaticated Monabeech has the least responsibility of any member of its extended family, workplace, or social group and thus is free to spend most of its time stirring up problems and creating conflicts. The Monabeech is always repeating negative things about someone and is usually doing so to get back at them. This creature treasures slights and injuries as if they were gold and goes on endless monologues of self-pity and accusation. Overly emotional and mentally unstable, the Monabeech is nevertheless a master of guilt and manipulation and can cry on command.

The Monabeech’s mouth is called a murmur horn. The murmur horn is shaped like the horn of a trumpet, and it has been honed by evolution to efficiently broadcast rumors, complaints, snide comments, self-pitying remarks, and other negative noise with minimal expenditure of energy. The murmur horn is so efficient that a single Monabeech can destroy the morale of an office in less than a week or ruin a family reunion before it even happens.

Sometimes a Monabeech will stir up so much stink and create such a powerful storm of bad karma that things will get out of hand and start to come back at the Monabeech. In spite of all common sense, the Monabeech continues saying and doing things that further escalate the situation, and eventually the creature’s mental state spirals out of control, and it has a breakdown. During these breakdowns, the creature curls up its murmur horn and mutters to itself, crying and talking about how horribly everyone is treating it.

In this state, the Monabeech is said to be dramaticated, which is a necessary condition for triggering reproductive hormones in both males and females of that species. Though disturbing to watch, these narcissistic fits of self pity are relatively brief, and soon the industrious Monabeech is back spreading meanness and emotional fatigue through its peer group.

Any family or workplace mostly populated by people who already have too much to do and would rather not have to talk to a Dramaticated Monabeech.