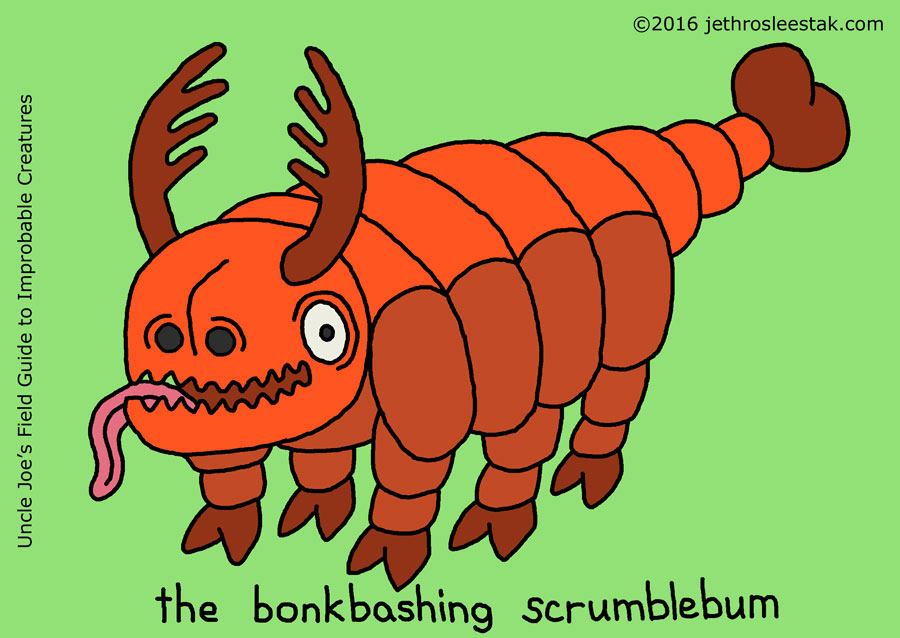 The Bonkbashing Scrumblebum is a rugby-training animal that was genetically engineered to charge through clusters of tangled bodies. For maximum aggressiveness and indestructibility, genetic material from the ankylosaurus and the rhinoceros were combined to make this beast, and a pinch of billy goat was thrown in for good measure.

And then there is the Scrumblebum’s tail. The swing of this creature’s mallot-headed tail is capable of fucking shit up righteously, to quote Jane Austen.

Some experts on sociopathic behavior theorize that Sean Hannity may have been struck in the head by a Scrumblebum’s tail, while others claim his disregard for things like facts and decency is simply a matter of his momma dropping him on his head when he was a baby.

The basements of structurally-damaged fraternity houses.