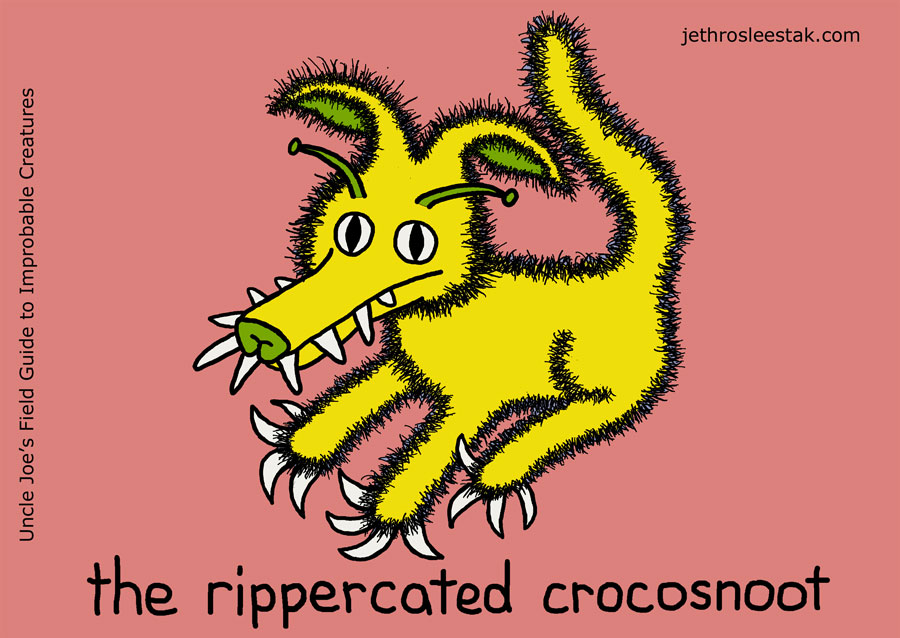 The Rippercated Crocosnoot uses its psyonic abilities to make its owner think it is a fluffy cat or lap dog that anyone would love to pet, but it does not have sufficient power to convince visitors, dates, or small children, who can all clearly see that the thing is just itching to bite and scratch them.

Actually, the Rippercated Crocosnoot enjoys being petted and held and having its belly rubbed, but it also enjoys biting the crap out of people for no reason once it has had enough love. The Crocosnoot likes to latch on with its teeth and kick with its back feet, as if hoping to rip off a chunk of your meat one way or the other.

The Crocosnoot’s paws are rippercated, meaning equipped with sharp-as-shit claws that work as well on your grandma’s antique love seat as they do on your face.

The Rippercated Crocosnoot’s DNA is 87% cat, 12% crocodile, and only 1% Martian, but that 1% Martian DNA accounts for almost half of the animal’s psyonic abilities.

Prefers the laps of people who are terrified of it.