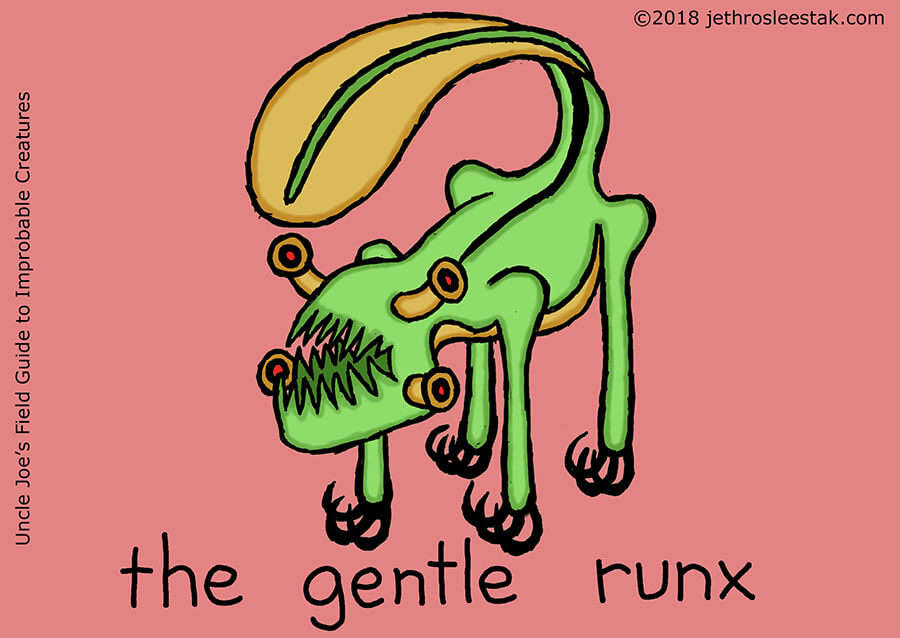 The Gentle Runx is what passes for a cow on the home world of the Blarp, who are the species that colonized the Earth in 2069, during what was later called the summer of interspecies love.

By the time the Blarp discovered and colonized the Earth, humans were so tattooed, pierced, modified, and otherwise bizarre in appearance that there was actual sexual attraction between humans and the Blarp and the Blarp’s various farm animals, particularly the Runx.

In Blarp poetry, the Runx is celebrated for its supposed gentleness and desirability as a sexual partner, but it should be noted that most Blarp love poems end with the Runx either decapitating or disemboweling its ardent suitor.

This did nothing to discourage human lovers, who were so jaded and bored with every possible form of human sexual liaison and fetish that they would try anything new, especially if they thought it could get them followers for their personal brand marketing channel.

The Runx lays its eggs inside its “partner’s” nasal passageways.

Blarp farming enclaves and human karaoke bars where they work as “hostesses.”