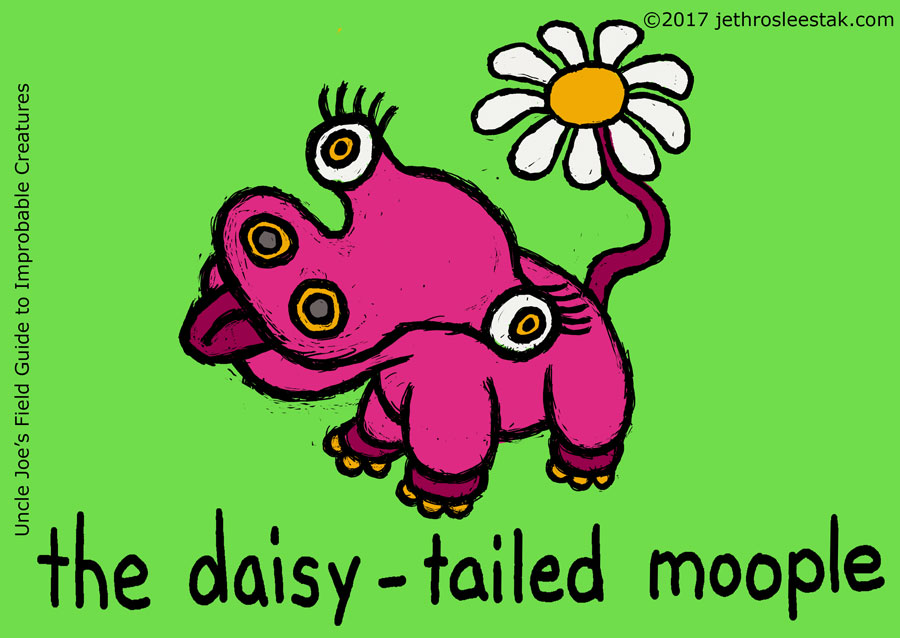 The Daisy-Tailed Moople hides in flower beds and sneaks up on people sunbathing in public parks. It rapidly licks the insides of the victim’s noses. Or ears. Or eyes. Or mouth. Or all of the above in a frantic rush back and forth before the victim can sit up and yell what the fuck.

Testing by the US military revealed that the Moople’s tongue can lick every orifice in a napping person’s head at least three times before that person has the first clue what is happening.

The use of weaponized Mooples is a war crime, but that didn’t discourage the League of Lesbian Grandmothers from building their whole military campaign around them.

Any public park in the springtime when you doze off in the warm sunshine for just a second.