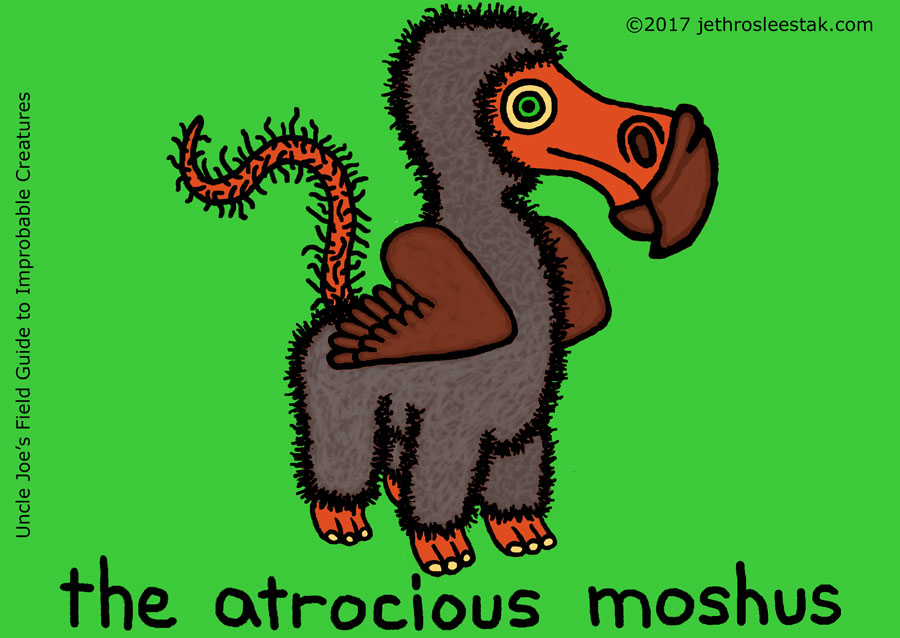 Of all the crimes against humanity that were committed by the League of Lesbian Grandmothers following their merger with the Angry Grannies motorcycle gang, the creation of the Atrocious Moshus is perhaps the worst. Genetically engineered to attack college republicans on sight, the Moshus genome combines DNA from the extinct dodo bird with that of the wharf rat to create a vicious crotch-biting machine.

According to popular myth, the Atrocious Moshus will not release its beak from the crotch of a pair of khaki pants until it hears the sound of a testicle popping. For this reason, the College Republican National Committee issued a pamphlet titled “Guard Your Nads” which advises its members to clap their hands frantically if attacked and to wear athletic cups when visiting coffee shops, women’s colleges, and other left-leaning places where spoken word poetry is performed.

You would be seriously concerned about a kid if he behaved like Donald Trump, but look how many Republicans are willing to make excuses for him. It’s almost as if they were consensually raped in the head.

The parking lots behind dorms and fraternity houses.