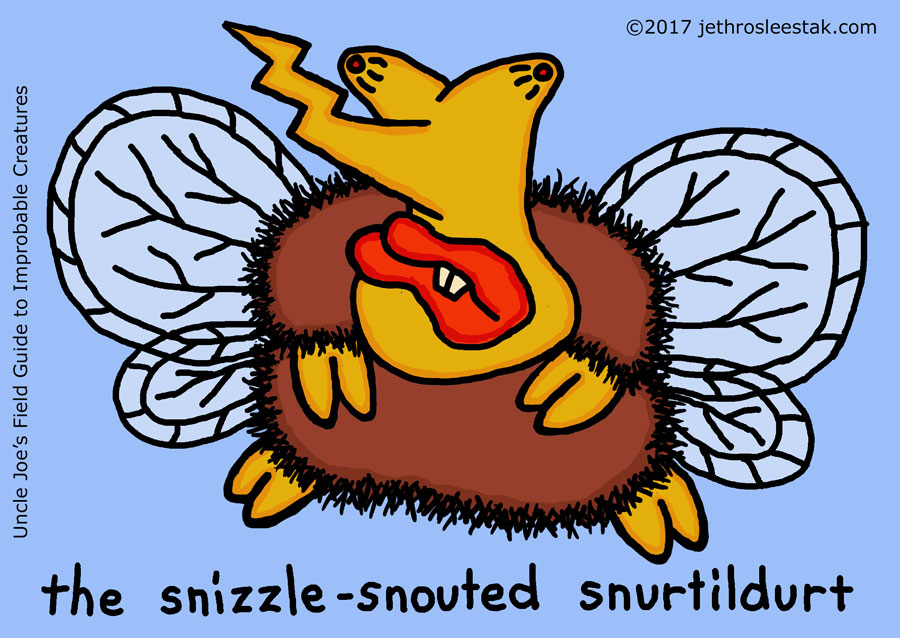 The Snizzle-Snouted Snurtildurt has a voice like that of Paula Poundstone and was genetically engineered to sing opera off-key as loudly as possible. The Snurtildurt was created by the CIA to be a more legally-acceptable alternative to waterboarding, but the International Criminal Court in The Hague ruled that use of the creature was “really fucking bad, like worse than my stepdad even.”

[Am I remembering an episode of NPR’s Wait, Wait, Don’t Tell Me?]

The Snurtildurt crawls into people’s ear canals where it sings at high volume until the victim is bat-shit crazy. Donald Trump is believed to have several screaming away at once in his head.

The ear canals of crazy street people, Trump supporters, and other raving lunatics.