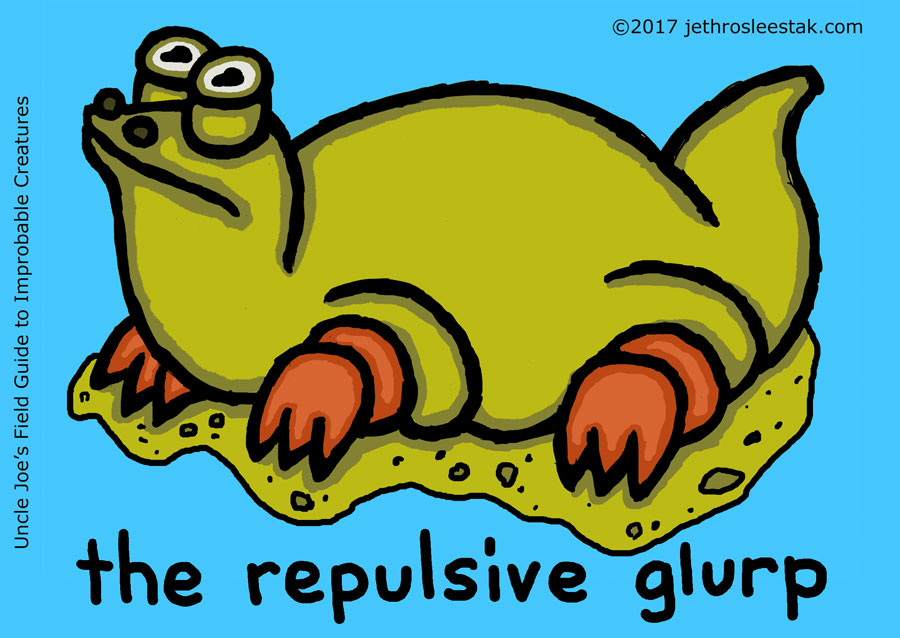 The Glurp’s flabby skin is clammy and repulsive to the touch, and it secretes a greasy coating that smells like rotting meat. The ancient Assyrians used the Glurp’s secretions to lubricate the axles of their war chariots. Today Glurp meat is used primarily for school lunches and for the manufacture of tires.

Naturalist Charles Darwin is reported to have vomited the first time he was handed a Glurp. Of course, Darwin was seasick at the time, and he had just eaten some tainted mackerel, and so maybe it wasn’t the Glurp’s fault after all.

The point is that Darwin threw up on Queen Victoria, and that is why he tried to make up for it by agreeing to appear nude before Parliament. As a result, the size of golf balls were standardized in the UK long before they were in the US, and we all know how that lead directly to the rise of Adolph Hitler.

Inside the walls of old houses that can’t seem to smell fresh no matter how many times they are painted, mopped, or scrubbed.