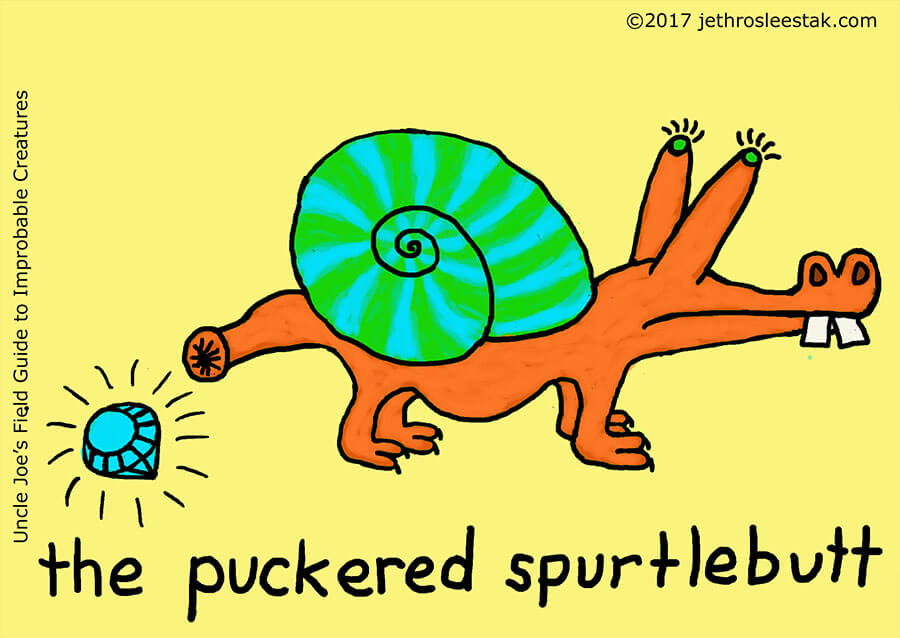 The Puckered Spurtlebutt is one of the most important creatures mentioned in the ancient scriptures. It shits diamonds.

In the Bible, God punishes an anteater for fucking a squid by cursing its offspring with terrible constipation:

This animal was sacred to both the Phoenicians and the Egyptians, who associated it with their god Fardnarkle. The ancient Egyptians burned a special incense made from dried cat shit to honor Fardnarkle, who was typically worshiped when house guests had overstayed their welcome.

Hunted to extinction in the wild. Bred with great difficulty in captivity. Most remaining specimens are believed to be owned by rap stars and members of the Russian mafia. (No, Barron Trump was not almost mauled to death by a Spurtlebutt. That was an Internet hoax cooked up on 4chan.)