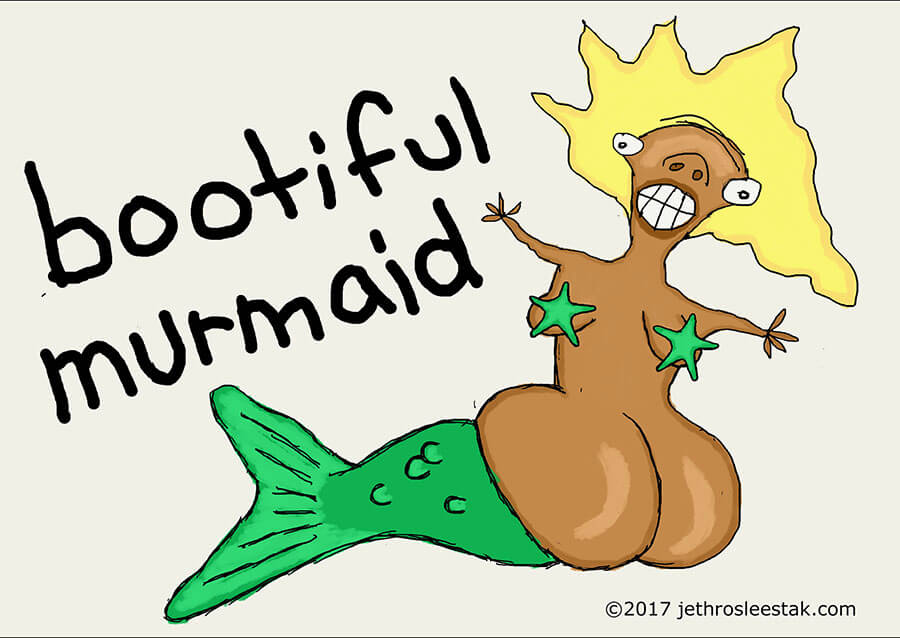 Tammy Blarbstank is the most bootiful murmaid to have ever been dredged from the Jersey Shore. The men on the garbage scow that discovered Tammy used to pass the time by throwing her chicken bones and lumps of filth, which she would gobble up as quickly as possible, slapping away any seagulls that attempted to steal her treats.

Tammy began her life in captivity after she became entangled in a fishing net. Thankfully SeaWorld of Detroit was in dire need of a headline act, and the rest is history. Now children of all ages can bring sacks of garbage and feed Ms. Tammy whenever they want.