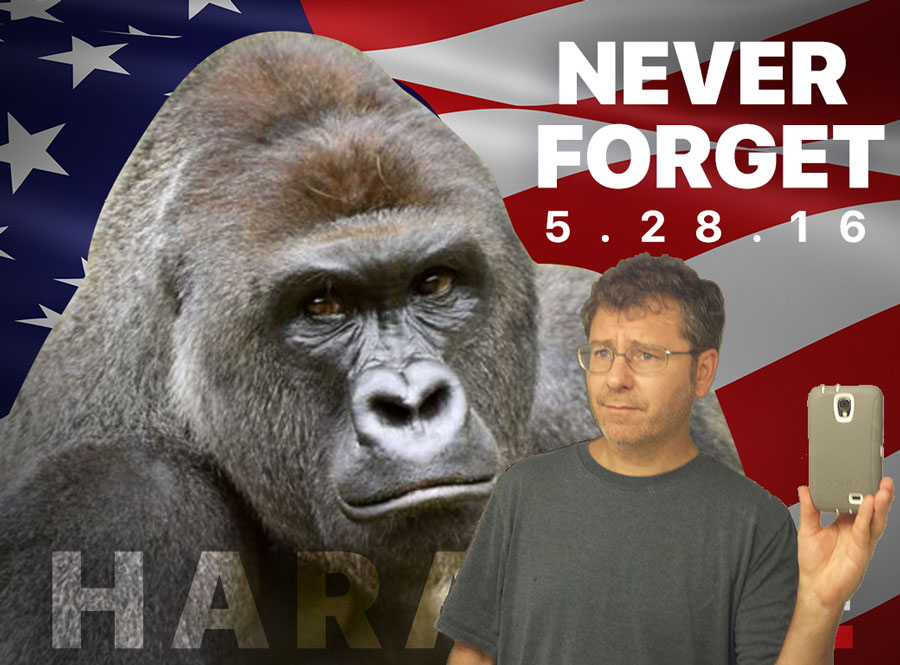 Me with Harambe a few weeks before he passed. I Photoshopped in the flag and shit later.

END_OF_DOCUMENT_TOKEN_TO_BE_REPLACED

Who says the days of Old Testament style miracles are over? I can think of a couple of contemporary examples off the top of my head.

The US invades Iraq, a country in the heart of the Middle East, on false pretenses, when it already has more than it can maintain in Afganistan or expect to be able to walk away from anytime soon.

The Lord responds to that great act of dumbassery and has an African-American sharing the same Muslim name as the deposed Iraqi dictator elected President of the United States. Coincidence is the hand of God at work, or at least that is what I learned as a boy. END_OF_DOCUMENT_TOKEN_TO_BE_REPLACED 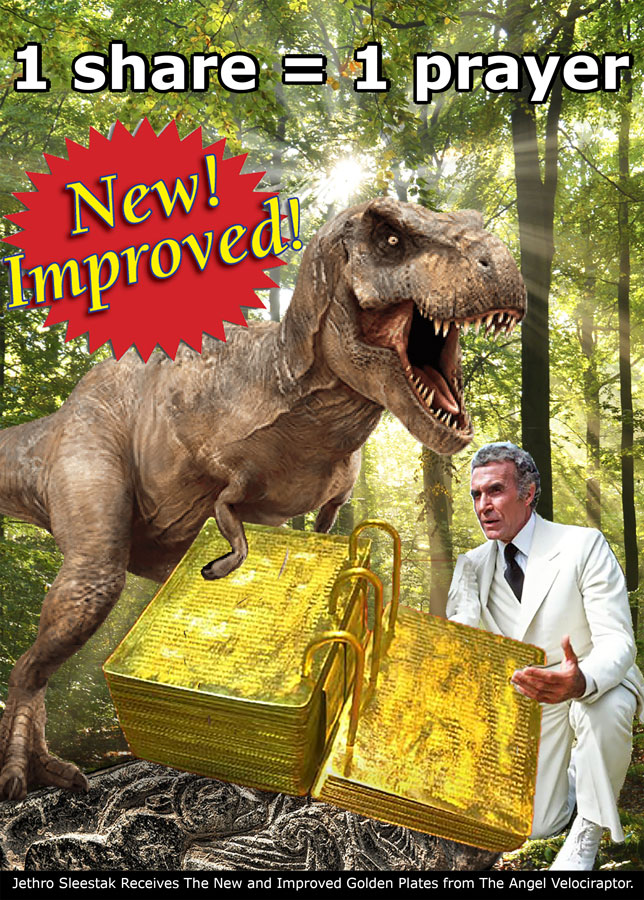 Yes, we know that the Angel Velociraptor is really a T Rex. You have to read the New and Improved Book of Mormon for the story of Velociraptor’s  mortal life to understand his name. Or watch the movie version. But his backstory is simple. 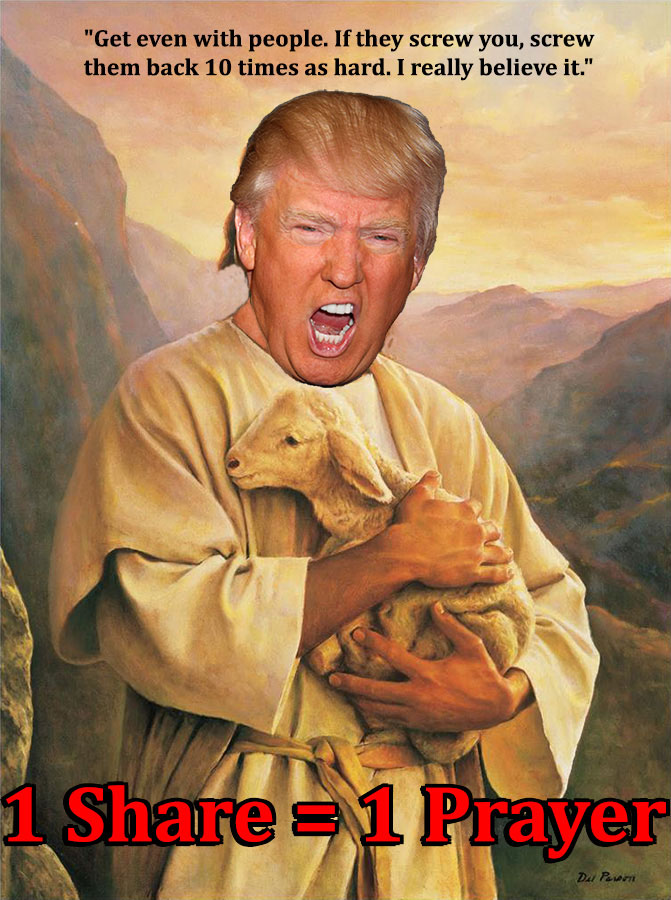 “Get even with people. If they screw you, screw them back 10 times as hard. I really believe it.” 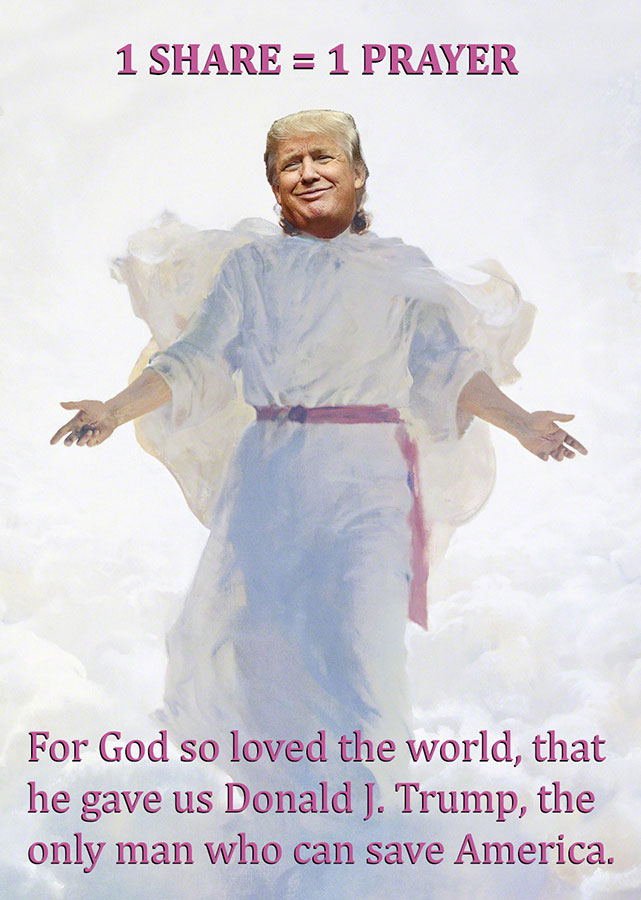 For God so loved the world, that he gave us Donald J. Trump, the only man  who can save America.

[I have always loved this painting because of when and where I saw it as a boy, and it caused me physical pain to deface this it with Trump’s face. But I figured that the harm that evangelicals were doing to Christianity by supporting Trump and insisting they were still followers of Christ was much worse than anything I could do with a piece of unauthorized political art.

It actually made me proud to have grown up Mormon that so many members of the LDS church were vocal critics of Trump during the election. After hearing all my life from fundamentalists that Mormons aren’t really Christians, it was nice to see a very public demonstration of who was who on the stuff that counts. -J.] 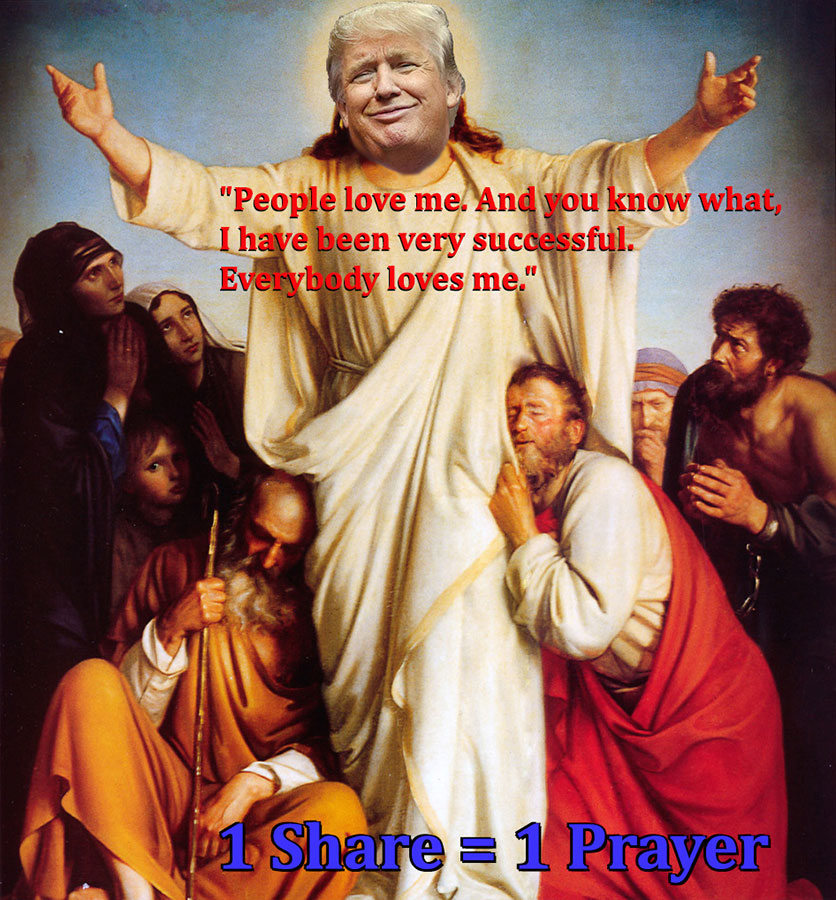 “People love me. And you know what, I have been very successful. Everybody loves me.” 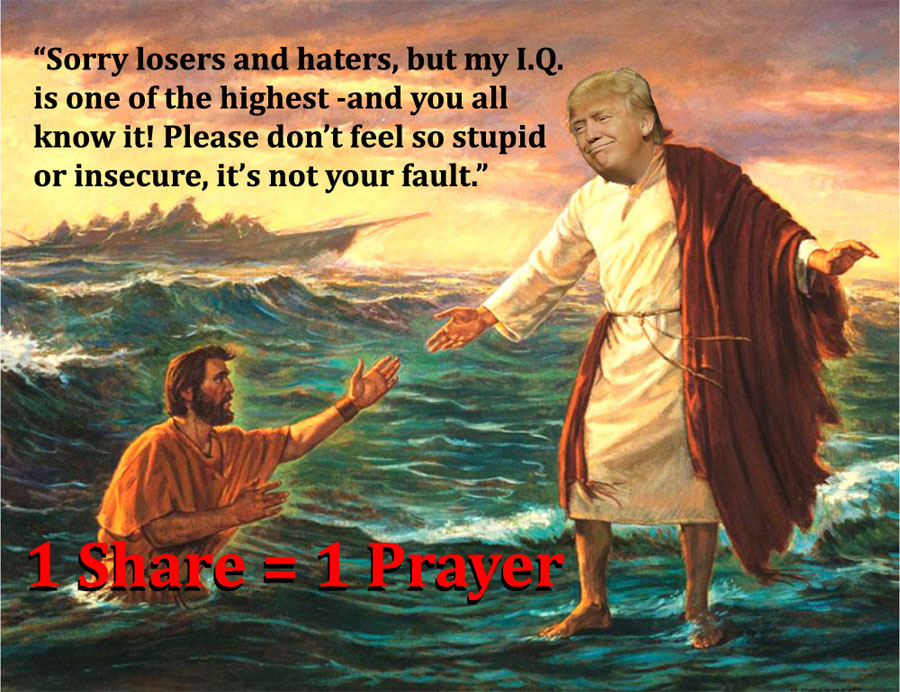 “Sorry losers and haters, but my I.Q. is one of the highest -and you all know it! Please don’t feel so stupid or insecure, it’s not your fault.” 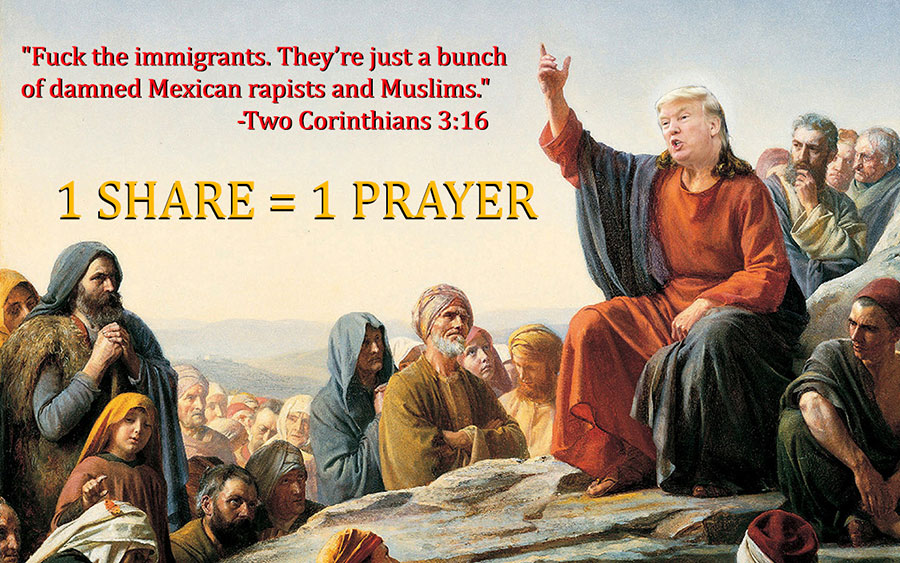 Everything you ever needed to know about equality and progress can be learned from Millennials:

Mansplaining is a great term to use because: